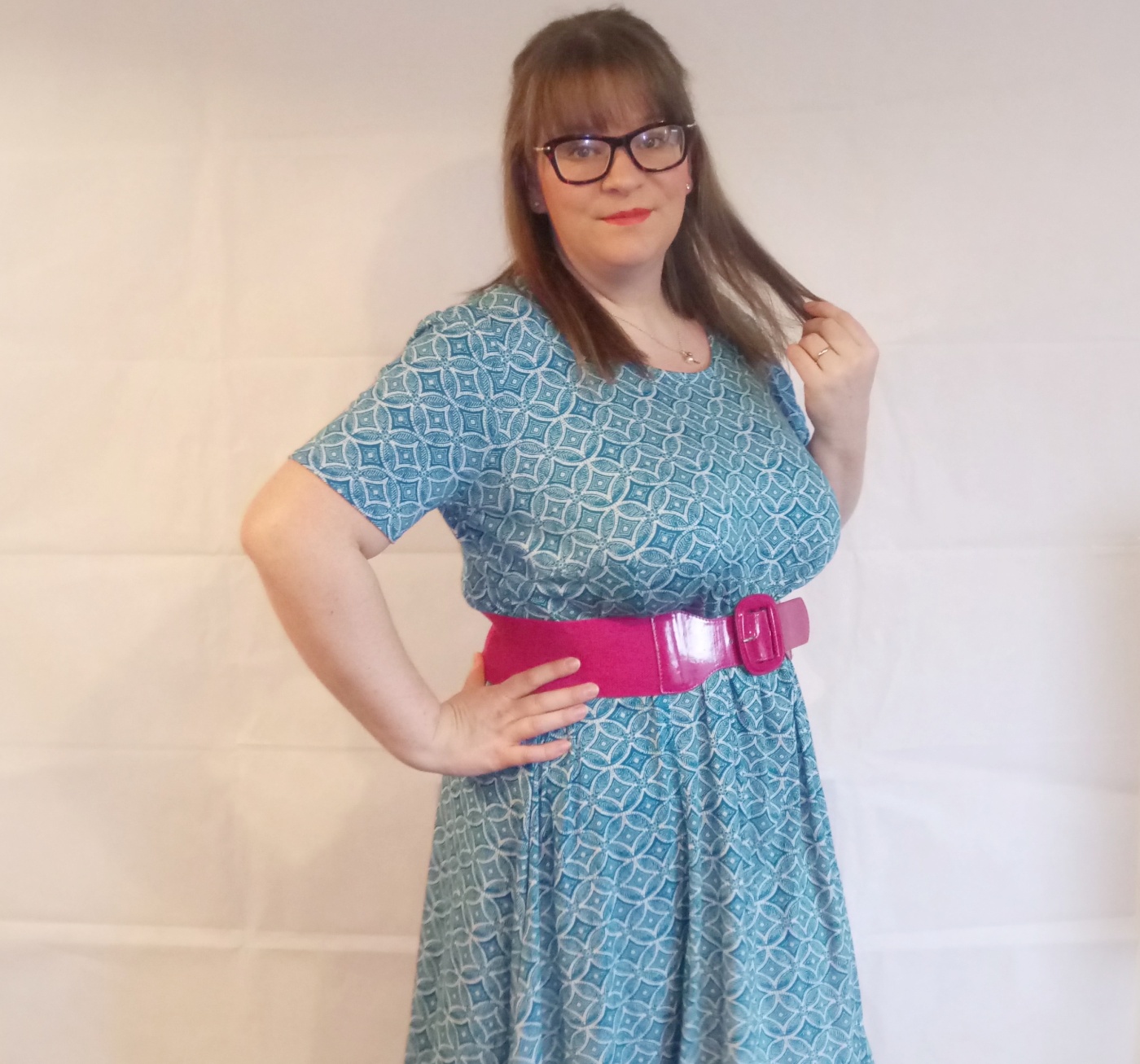 I won the Sew Over It Nancy Dress as part of my prize from Indie Pattern Month Dress week last year. If I’m completely honest, it was a pattern that I had been looking at. The dress has a floaty style which I didn’t think would suit my figure as I need a bit more shape round my waist. (Turns out I was right!)

However, it was free and I was so grateful to be a winner so I thought I’d give it a go. I decided on the fantastic jersey I got from the market in Leeds on Sew Up North day with the intention of repeating the Cashmerette Appleton. I changed my mind (as we dressmakers do) and decided on this instead.

This was the first time I has used a pattern which said instructions like overlock or zigzag and I was actually able to overlock, which was so exciting for me! My insides looks so neat and it made me feel really professional

The back is a great little detail, I used a popper at the top to make it look nice and neat. Excuse the bra though, I’ll have to think about what I’m going to do about that! 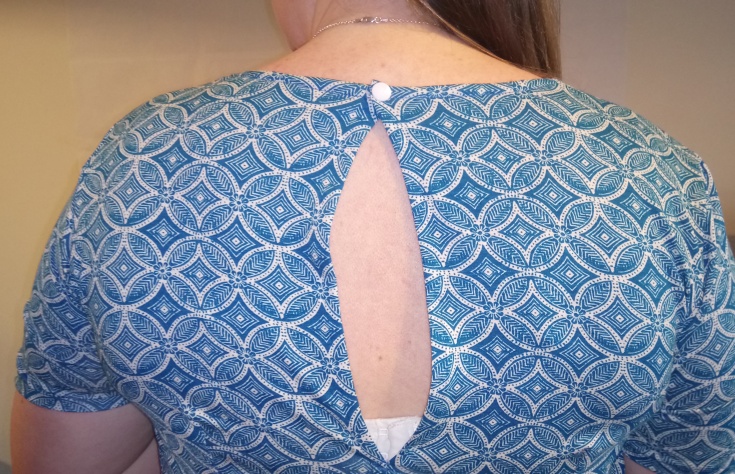 After I struggled meeting the odd shapes in the TATB Zadie Dress,  I was a bit concerned about meeting the corners together right at the front of the dress as the pattern shapes are a bit unusual. However, it comes with a really helpful tip of basting some stitch lines to follow, which I promptly ignored and just used my air erasable marker to mark the corners. It worked out great.

Because of fabric restrictions I could only manage a short sleeves but I inserted these. This was another step which I ignored as the instructions call for a set in sleeve but I don’t feel that is necessary with jersey so I inserted the sleeves before sewing up the sides as one.

I had already extended the pattern as it looked too short for me on the pattern front, I’m not very keen on a short dress. I had been quite generous though so I used an inch to hem it.

Alongside this I also made a little cardigan and scratch mitts. Baby clothes are so great for fabric scraps. 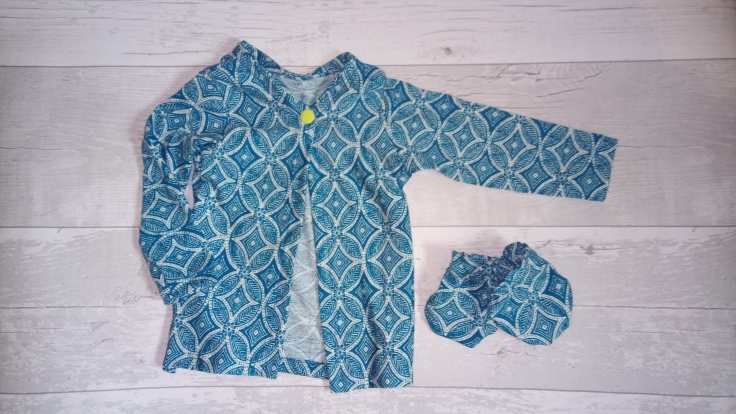 I’m not sure about the dress, I think it is as I feared and doesn’t have enough shape at the waist for me. It’s seems to swamp my shape. I also feel it’s a bit too big. If I was to make it again, I’d downsize it. I seemed to have saved it with a contrast pink belt though! There’s no way I would wear it without a belt but I quite like the full skirt it gives. 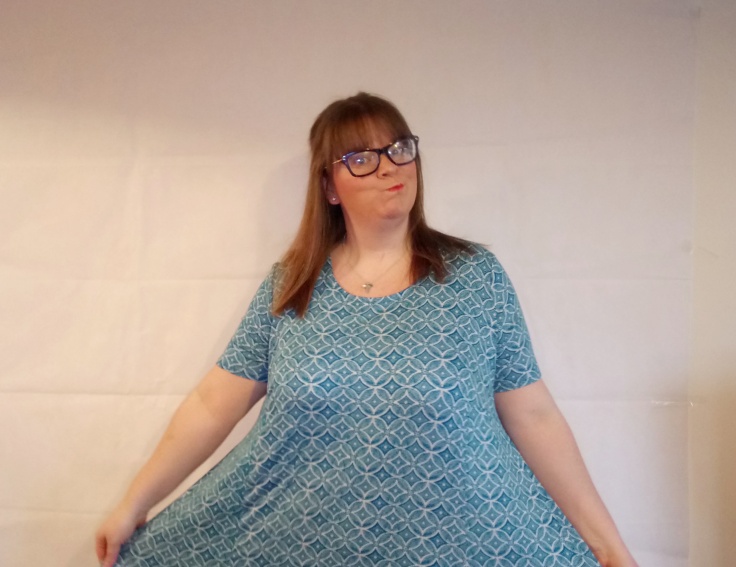 I was gutted to find that the fabric had a pinking shear cut in it when I tried it on. I don’t know where it came from. I had already made the dress at this point so I just sewed it closed. I hope it’s not visible and if you can see it, please don’t tell me because I couldn’t stand to know!!!