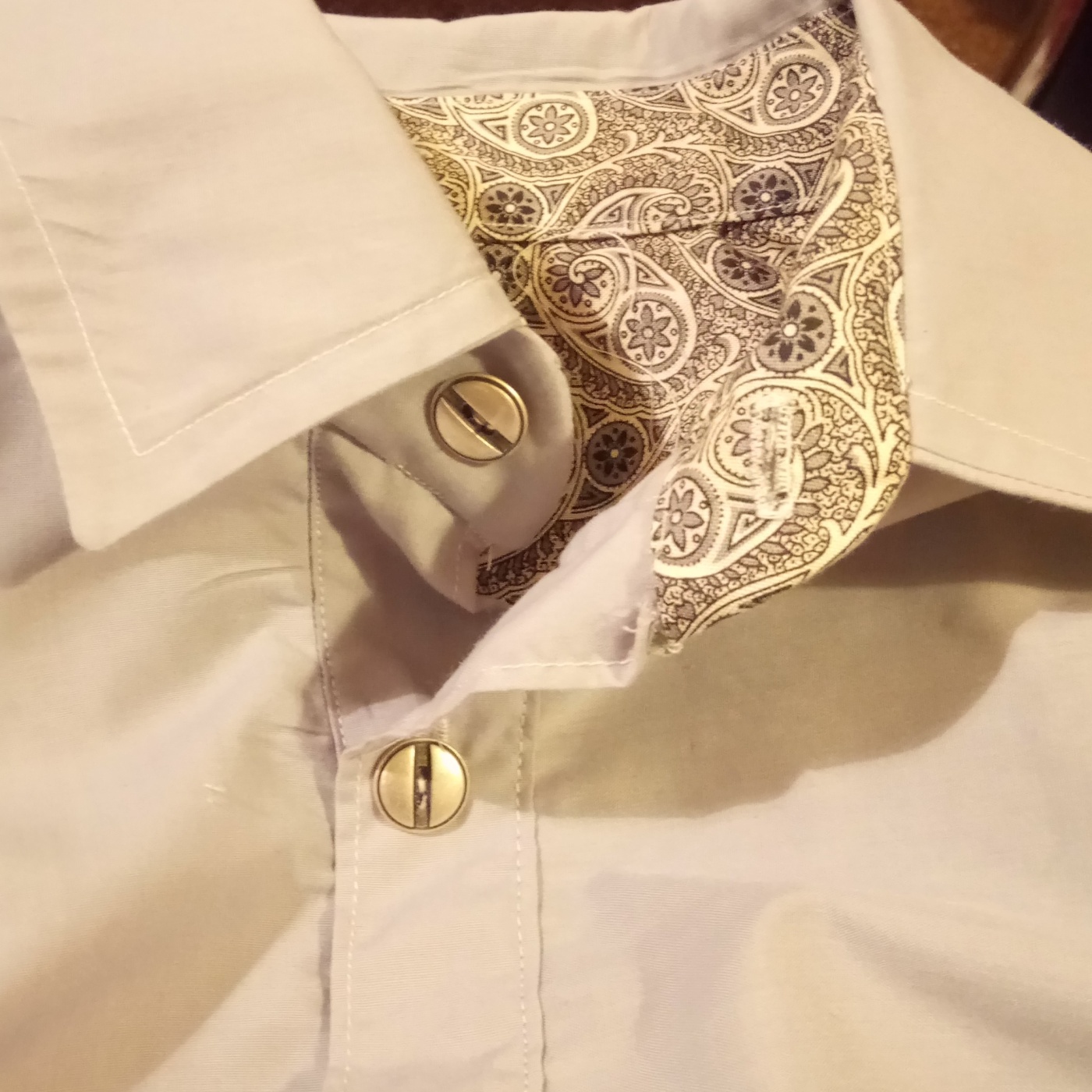 I’ll start this post by a bit of an explanation of my family dynamic,  I’m the eldest but so far from the coolest of 3 siblings,  my brother and sister are and always have been a billion times cooler than I will ever be and although they love me and we are so lucky to be as close as we are as a family, they consider me to be a complete geek…  Rightly so to be honest and it isn’t a title that I shun. Andrew, my brother, doesn’t usually find my home-made clothes very on trend,  until more recently as I’ve started to get better anyway. When he noticed this, he told me that if I made him a shirt, he would wear it so…  The challenge begun.

I bought Simplicity 6232 Shirt Pattern and cut a small in a lovely dove grey cotton and begun. I didn’t want to get overwhelmed by all the parts so I bought plenty of cotton so I could recut if anything went terribly wrong and tried to take a step by step approach. I really wouldn’t have been able to do it without this tutorial from Male Devon Sewing, it’s a fantastic tutorial and it made the whole thing much easier.  I did also follow this video from Sew Over It when it came to the yoke as I messed up the last one I did. I was doubtful the whole time, until I turned it out and it had only gone and worked!!

I used this brilliant Downton Abbey Fabric for a nice,  manly contrast, even though it is called Dowager Grey Paisley! I used it on the collar, cuffs, yoke and inside the pocket. 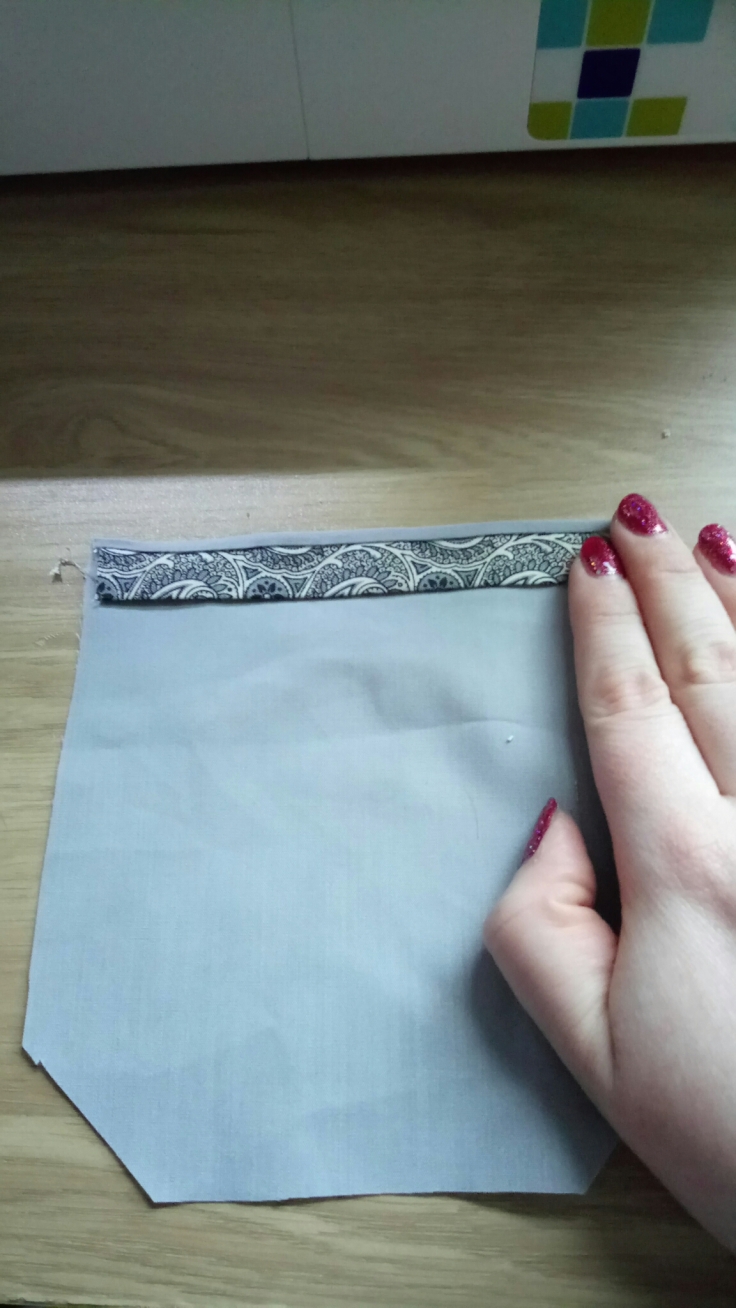 It all seemed to be going so well and I didn’t have the ‘this doesn’t look right’ feeling but that was such a mistake, as it turned out that I had turned the packets in instead of out. I didn’t realise this until I came to the collar and it was about 1 and a half inches too short on each side. So…  I unpicked the right side and had to do the left side again as I had already done the button holes (gggrrr) Anyway, that solved that, so I moved on. I was dreading the collar but I felt it went really well as I followed the instructions and the tutorial. I found doing the button holes really therapeutic,  which was a good job as I did them twice! I chose these really cool metal buttons to go with it, I wasn’t sure whether they would look cheap or trendy but I decided on the latter.. My father-in-law pointed out that they look like little screws. 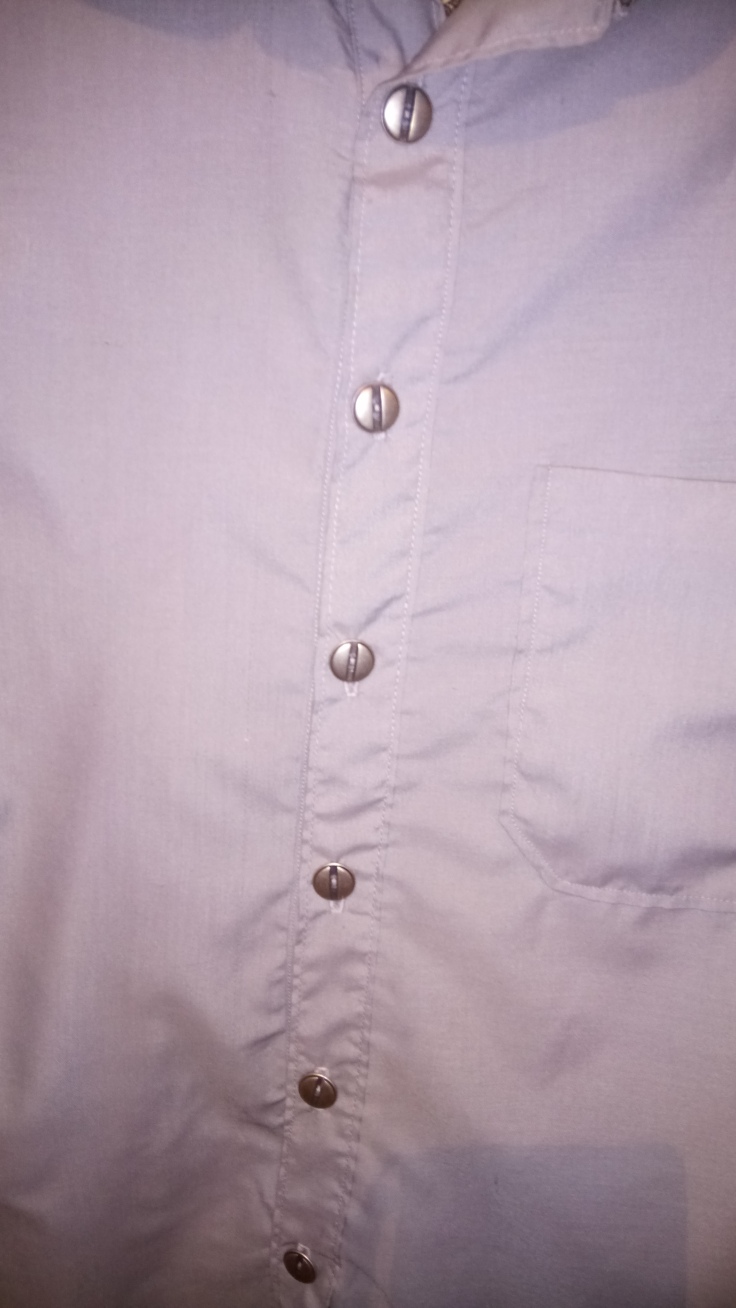 The next problem I came up against was the cuffs,  I couldn’t get them to line up well and they just weren’t really up to standard,  I ummed and ahhed and then unpicked the lot and started again..  I’m glad I did though as it was unwearable with the original cuffs. They look quite neat now and I decided to use more on the contrast fabric the second time round. 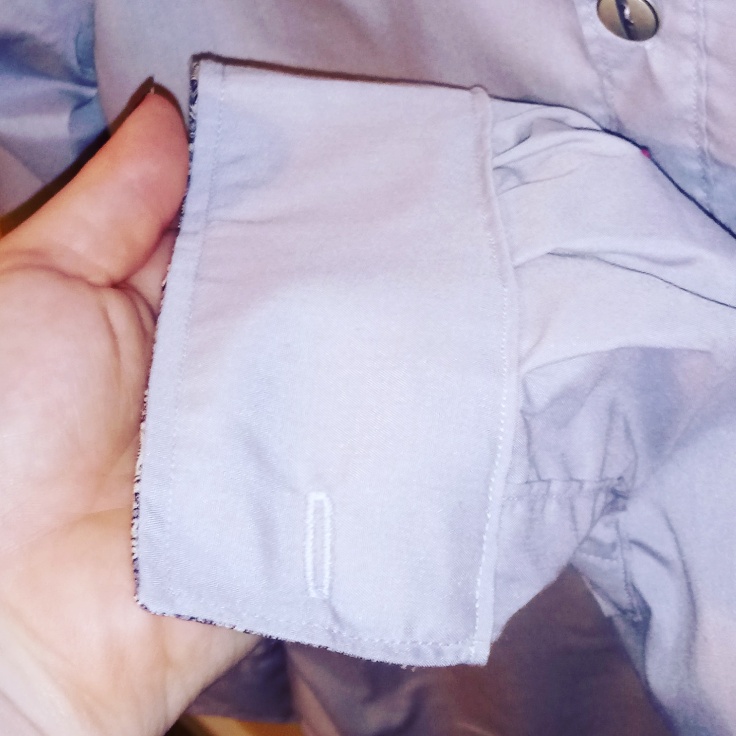 I’m really pleased with it,  this is easily the most complicated garment I’ve ever made and it was a great learning curve. I was really pleased to end a year in which I’ve been learning to sew with a big project like this. I’m very proud of it and Andrew liked it too, which is fantastic. They’ll be no pictures of him wearing it though as he is VERY camera shy! 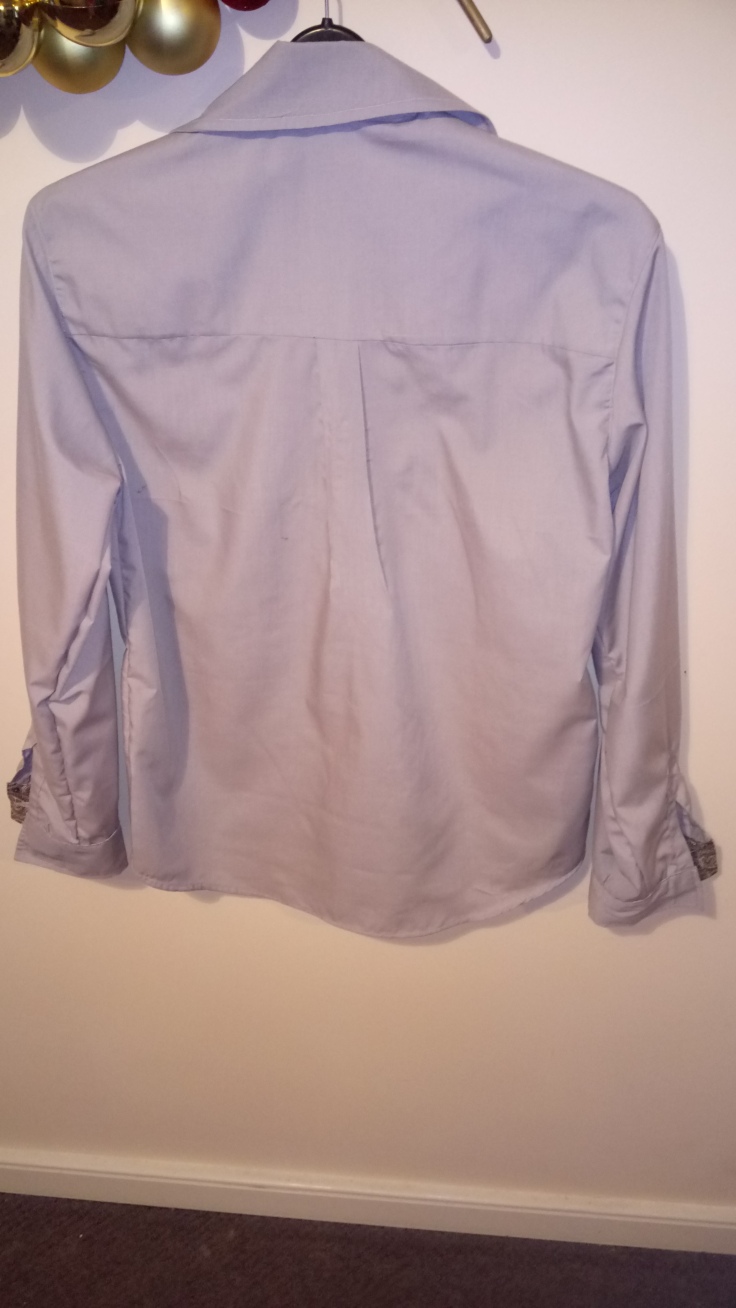 8 thoughts on “Getting Shirty for Santa”